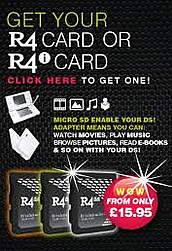 The Legend of Zelda: Ocarina of Time ROM

Link now enters the 3D realm with Ocarina of Time, a Legend of Zelda title for the N64. Even though this is the fifth installment of the series, Ocarina of Time is set at a time before the four previous titles and displays how link grows up from the boy he was to the young warrior he is now. Like most Legend of Zelda games, Ocarina of time takes place in the Kingdom of Hyrule and the story revolves around Link tries to race Ganondorf to the Triforce, an ancient relic that is said to bestow its wielder the powers of a god.

One of the impressive feats of this game is the ability of the characters to portray emotion. When they are happy, you feel it and the same goes when they are sad, or angry. The game portrays emotion very well that you get drawn into their world. Now being in full 3D, everything looks much better than the 2D Legend of Zelda titles, landscapes, skies, dungeons, everything. Combat seemed to be the initial problem when moving into the 3D world, but now worries, Nintendo made the perfect solution with the new Z-targeting system. This targeting system allows us to lock-on to an enemy of choice and retains focus on it even when moving across the battlefield. This is a concept that we can see in many different games, and this is where it started.

Ocarina of time follows a great story together with the personalities of our favorite characters revealed, such as who Link really is or where Zelda draws her amazing courage. One of the more important things to notice about the game is time. The game moves the setting from morning to night and can be seen clearly as they portray the games visuals such as the sky. There are some things you can’t do in the night, making the game even more realistic. Another feature is time travel, which necessary in beating the game. You need to travel back and forth time to overcome certain obstacles that hinder your progress.

The Ocarina of time was re-released in 2003 as Ocarina of Time: Master Quest. It was basically the same thing but with increased difficulty and modified dungeon levels. This was available to fans who pre-ordered Nintendo DS’s The Legend of Zelda: The Wind Waker. Later it was released again in Gamecube’s Collector’s Edition as well as on the Wii Virtual Console.